Between 2012 and 2015, wild boars’ use of the Montseny Nature Reserve was monitored using camera trapping. In this area, hunting is only permitted for management purposes. The project was carried out in collaboration with the Park’s guards and technicians, and with groups of local hunters. Over 30,000 images of the species were recorded, which provide very valuable data on behaviour and other aspects of interest for effective management of the species.

The study has already demonstrated that there is a high density of wild boar in the nature reserve during the hunting season, when they seek refuge from hunts taking place in the rest of the massif. The species does not have any natural predators in the massif. Within the nature reserve, the population is controlled by specifically authorised hunts. Population control reduces the impact of a high density of wild boar on the conservation of biodiversity in this protected area, as the boar eat plants (such as orchid bulbs) and ground-nesting animals (quails or others) that are particularly attractive to them.

The study revealed other activities of wild boar. Recordings showed large groups of females and young, including up to twenty individuals, as well as big adult males that were solitary except during the mating season, when they joined the matriarchal groups.

The results will enable better management of the species in Montseny Natural Park. They are described in a paper that will be published in the near future, and in a video available on the Youtube channel for the Network of Natural Parks, with whom Minuartia started to video projects in collaboration with the producer Àgata Olivella. 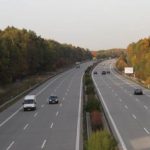 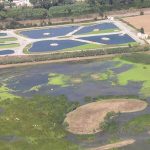