By minuartia
Posted 17 June, 2017
In News, Present
The new wildlife overpass on the A2 motorway improves ecological connectivity2017-06-172018-07-15https://minuartia.com/wp-content/uploads/2015/12/logo-minuartia-ok.jpgMinuartia | Consultoria medioambientalhttps://minuartia.com/wp-content/uploads/2018/04/m_minuartia-wildlife-overpass-paso-fauna-catalonia.jpg200px200px

During 2016, a defragmentation action was carried out on the A2 motorway, which consisted of constructing a new structure to enhance ecological connectivity. The structure is an overpass designed exclusively to improve ecological connectivity in a strategic point of Girona province. One of the singularities of this defragmentation action, which compensates for the expansion of the AP7, is that it has been carried out without cutting the traffic on the motorway at any time.

It is one of the first overpasses in Spain in which the restoration has been specifically designed to create habitats for wildlife. In the revegetation, the plant and shrub species were selected to provide food for pollinators and attract other species of invertebrates and birds. The action was completed with the installation of shelters for the nesting of small bees and dry-stone rows that act as shelters for reptiles, small mammals, snails and other animals.

A year after its construction, it has been observed that the habitat created in the wildlife passage provides refuge and a source of food for a large number of species, especially pollinators, which have widely colonized the installed elements and will enhance the pollination of crops around the road. Thus, the structure also offers an ecosystem service.

The new wildlife passage was constructed and adapted by AUTOPISTAS with the cooperation of MINUARTIA, and the engineering GPO and INNAT. The structure was promoted by the Spanish Ministry of Public Works and Transport and the Catalan Department of Territory and Sustainability. The action was presented at the International Conference on Ecology and Transportation (ICOET), held in Utah in the spring of 2017. 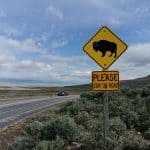 Participation in the ‘International Conference on Ecology and Transportation’ in UtahNews, Present 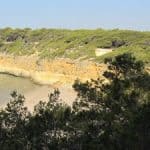