By minuartia
Posted 13 May, 2014
In News, Present
Minuartia joins the consortium of the ‘Safe roads for wildlife and people’ project, which is part of the Conference of European Directors of Roads’ research programme2014-05-132018-07-12https://minuartia.com/wp-content/uploads/2015/12/logo-minuartia-ok.jpgMinuartia | Consultoria medioambientalhttps://minuartia.com/wp-content/uploads/2015/10/m_logo_cedr.jpg200px200px

Minuartia is part of the management team of the project SAFEROAD ‘Safe Roads for Wildlife and People. Cost efficient mitigation strategies and maintenance practices’, which is led by ALTERRA – Wageningen UR (Holland) and was a winning proposal in the Transnational Road Research Programme 2014-2016, which was called by the Conference of European Directors of Roads (CEDR). The consortium that will carry out the project includes organizations from five other countries: Swedish University of Agricultural Science (Sweden), Norwegian Institute for Nature Research (Norway), Roughan & O’Donovan Innovative Solutions (Ireland), Department of Landscape Ecology, Kiel University (Germany) and CALLUNA (Sweden).

SAFEROAD will identify the management strategies and road maintenance practices that are most effective at reducing conflicts between roads and animals. In general, the aim of the project is to integrate and increase knowledge to reduce the effects of roads on biodiversity and increase road safety. In addition, the aim is to facilitate the transfer of this knowledge by means of practical guides and other tools, to make it accessible and ensure that it is implemented by government road departments and other agents involved in the management of roads and wildlife.

The first meeting of the management team and the directors of the Transnational Road Research Programme will be held in Vienna and the project shall be presented at the next IENE International Conference 2014 on transport and ecology, which will be held in Malmö (Sweden) in September. 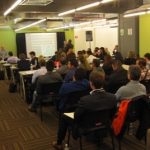 Success of the wildlife refuges for reptiles built in the Montseny Natural ParkNews, Present