By minuartia
Posted 13 December, 2012
In News, Present
The ‘Good practice manual for the management of brown bear corridors in the Cantabrian mountain range’ is published2012-12-132018-07-15https://minuartia.com/wp-content/uploads/2015/12/logo-minuartia-ok.jpgMinuartia | Consultoria medioambientalhttps://minuartia.com/wp-content/uploads/2015/10/m_1212_doc_corredores_oseros_web.jpg200px200px

The Cantabrian brown bear population is currently divided into two subpopulations separated geographically by an area about 50 km wide, through which run major transport networks (a highway, roads and a railway line) and where there are large deforested areas. A key to the conservation of the species therefore lies in ensuring communication between reproductive groups and subpopulations, thus allowing the flow of individuals and genetic exchange.

The ‘Good practices manual for the management of brown bear corridors in the Cantabrian Mountain range’, which was sponsored by the Fundación Oso Pardo and published by the National Parks Autonomous Agency, has been developed with the participation of numerous experts as part of the LIFE + Bear Corridors project. The manual identifies infrastructure and human activities that have a barrier effect and describes the corrective measures that are being implemented to address these problems. The document provides management guidelines to preserve and improve habitats that are suitable for the bear in the “interpopulation corridor”, to reduce the impact of existing road infrastructure, and to make recreational activities compatible with the conservation of the species, among other topics. Carme Rosell of Minuartia is a co-author of the document and was involved in aspects on wildlife passages and on other measures to reduce the barrier effect of roads in ecological corridors that are of strategic interest for the conservation of the brown bear. 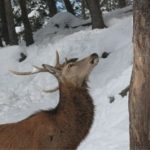 The application of radar technologies helps to reduce wildlife risks at airports.News, Present