The seminar was held in La Rioja, as part of the LIFE LUTREOLA SPAIN project. Several factors that affect the conservation of this critically endangered little mustelidae were analysed.

Topics covered in the seminar included restoration of river habitats, the impact of hydraulic infrastructures, and reduction of road casualties. Members of the MINUARTIA team contributed to the seminar as speakers and they proposed ways to reduce mortality, drawn from projects carried out in La Rioja and the Basque Country as part of the LIFE project. Road casualties are the main human cause of mortality identified, and account for 90% of the deaths registered in north Spain from 1980 to 2015.

The European mink is listed as a critically endangered species by the IUCN. Currently, it is only present in the Ebro river basin – estimated population fewer than 500 individuals – and in the Danube Delta. It is feared that it has disappeared from its last strongholds in France and Russia. Although the fight to conserve this European species continues, its survival is not guaranteed.

The spread of American mink is one of the main threats, but anthropic impacts (habitat destruction in rivers and lagoons, impact of hydraulic works and transport infrastructures) jeopardize the conservation of the species. 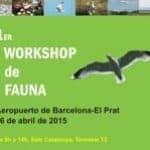 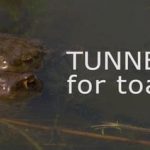 The SAFEROAD project presents a video on amphibians and roadsNews, Present