The document Prescripciones técnicas para el diseño de pasos de fauna y vallados perimetrales, which was published in 2006, was updated in 2015 and has now been released in English. It is the first volume in the series ‘Documents for the mitigation of habitat fragmentation caused by transport infrastructure’. The new edition is an update based on a broad review of international publications, studies, and papers from conferences and technical meetings generated over the years.

The review was undertaken by the Working Group on Habitat Fragmentation Caused by Transport Infrastructure, and published by the Spanish Ministry of Agriculture, Food and the Environment. MINUARTIA provided technical assistance to draw up the updated document, as it also did for the original version.

These documents are part of the COST341 European Project, in particular its ‘Wildlife and Traffic’ handbook, which is the first to be written in Europe and was co-authored by Carme Rosell, from the MINUARTIA team.

The updated prescriptions will encourage the application of the most effective measures to reduce the barrier effect and wildlife mortality caused by collisions, and to contribute to safer roads with a lower risk of accidents caused by animals. 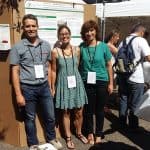 Participation in an international conference on ecology and transportNews, Present 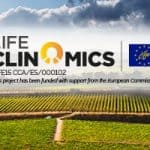