A study has been carried out in Capçaleres del Ter i el Freser Natural Park to identify existing open habitats (pastures, meadows and scrub) that require priority conservation and open environments that existed in the past, but have disappeared and should be recovered.

To carry out the study, a methodology has been designed that considers different aspects of each open area, such as the presence of species or habitats of community interest, the contribution of the area to ecological connectivity, if it is located far from frequented areas or whether there is sufficient representation of open spaces in the different areas of the Natural Park. As a result, the proposal is to conserve with the highest priority level about 30% of the surface area of the natural park. If we add the rest of the open spaces that should be conserved but at lower levels of priority, a total of 10,600 hectares must be conserved as open space, which is 73% of the park’s surface area.

Moreover, criteria and methodologies were defined to identify priority areas to recover as open spaces. This would be the case, for example, of certain areas that have recently been occupied by black pine, or areas that are in contact with quality pastures. The total area to be recovered corresponds to 420 ha, which is 3% of the Natural Park.

The study, drafted by MINUARTIA, is a tool that the Natural Park can use to advance in the achievement of three of its strategic objectives: promote extensive livestock, maintain pasture areas and enhance biodiversity.

Participation in the conference of the Natural Spaces of La Plana del VallèsNews, Present 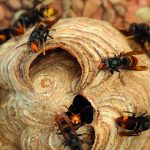 Development of a local management protocol for the Asian hornetNews, Present