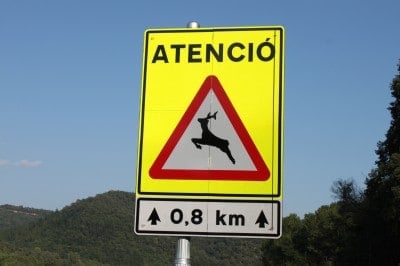 On 6 June 2013, the Director-General for Land Transport Infrastructure from the Department of Territory and Sustainability, presented the results of a study on the rate of accidents caused by wild animals in the Catalan road network.

The study, an extract of which can be consulted at this link, analysed around 6,000 accidents involving animals on interurban roads between 2007 and 2011. In addition, researchers assessed the effectiveness of measures applied in sections in which there were a high number of accidents with wild boar and cervids. These accident hotspots were identified in a previous study carried out in 2007. On the basis of the results, the location of wild boar and cervid accident hotspots was updated, and a plan of measures was drawn up to increase road safety along the most conflictive stretches.

The study was carried out by the Directorate-General of Roads with technical assistance from Minuartia and the collaboration of a wide range of bodies, including the Mossos d’Esquadra traffic police, the Catalan Traffic Service (SCT), road maintenance teams in the different districts, and the Directorate-General for the Environment and Biodiversity of the Government of Catalonia’s Department of Agriculture, Livestock, Fisheries, Food and the Environment. In June 2013, a paper on the study was presented at the International Conference on Ecology & Transportation (ICOET) in the USA. 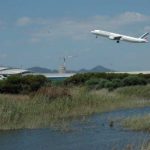 A good evaluation is essential to reduce wildlife hazards at airportsNews, Present 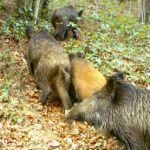 A study is carried out on the presence of wild boar in the nature reserves of the Montseny ParkNews, Present