As a representative of IENE Infrastructure & Ecology Network Europe, Carme Rosell from Minuartia gave a plenary speech at the Global Congress for Linear Infrastructure and Environment (GCLIE). The topic was Challenges and opportunities for wildlife and transport infrastructure in our progress towards European Green Deal goals.

The four points of her speech were based on transport linear infrastructures (TLI) in Europe, on the strong asymmetries of infrastructure development between countries, and the habitat fragmentation that they cause. She described actions undertaken to date such as the thousands of fauna passages and other measures that have been implemented, including the transnational Programme SAVEGREEN that improves the functionality of ecological corridors though integrated planning.

She explained the new challenges of climate change and global biodiversity loss, which is one of the Top Five risks described in the Global Risks Reports 2021, and the increase in rewilding across Europe. Finally, she described new opportunities such as the European Green Deal and the EU 2030 Biodiversity Strategy. 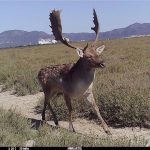 Participation in the SNAPSHOT EUROPE project allows to share the results of ungulate monitoring with cameratraps at Aiguamolls de l’Empordà Natural Park.Present 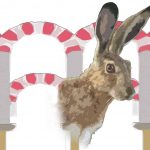 Participation in the Ninth Congress of the Spanish Society for the Conservation and Study of Mammals (SECEM)News, Present