By minuartia
Posted 14 October, 2020
In Present
Minuartia has signed an agreement with the University of Barcelona to develop a research project on wild boar2020-10-142020-10-22https://minuartia.com/wp-content/uploads/2015/12/logo-minuartia-ok.jpgMinuartia | Consultoria medioambientalhttps://minuartia.com/wp-content/uploads/2020/10/article-senglar.jpeg200px200px

The Department of Evolutionary Biology, Ecology and Environmental Sciences of the University of Barcelona and MINUARTIA recently signed an agreement on a project to research the population dynamics of wild boar, to facilitate management strategies based on scientific knowledge. The project is funded by the Catalan Government’s doctorate programme.

In recent years, there have been significant increases in wild boar densities throughout Europe, which have led to an increase in conflicts caused by this species, such as damage to crops, road accidents and health problems. For this reason, the European Commission recommends that member countries apply strategies to control wild boar populations and facilitate the prevention, control, and eradication of African Swine Fever.

In this context, the research project will provide demographic modelling tools and expand knowledge about the population dynamics of the species and the factors that influence them, in order to define effective management strategies to meet objectives set at European level.

The agreement is for 3 years and includes the development of a doctoral project by biologist Joana Colomer, MINUARTIA technician, which will be co-directed by Giovanna Massei (Animal and Plant Health Agency [APHA] from the United Kingdom) and José Domingo Rodríguez Teijeiro (University of Barcelona). 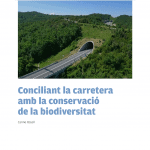 Roads and biodiversity, the subject of a chapter in the book La carretera en el paisatge (The road in the landscape)Present 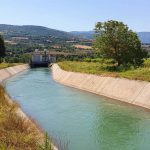 Measures to protect biodiversity in the Canal GavetPresent