Canal Gavet, on the left bank of the river Noguera Pallaresa in the Conca de Tremp, was built in 1923. As part of its Biodiversity Conservation Plan, Endesa, which owns the hydroelectric canal, has installed escape ramps to facilitate the exit of animals that accidentally fall in. The project was carried out with the Corps of Rural Agents, who monitor and assess the effectiveness of measures.

Results have been good for ramps for small vertebrates, which make it easier for animals that accidentally fall into the canal to get out.
Regarding large mammals, particularly wild boar and roe deer, new improvements such as perimeter fences have been proposed to prevent the native fauna of the region from falling in.

Minuartia also helped Endesa to define new solutions to minimize ungulate mortality. The actions that were evaluated focus on improving existing ramps, modifying some aspects of construction and layout with the environment, and the perimeter closure of sections where there is greater risk of falling, to direct animals to safe places to cross the channel. To draw up the proposals, the results of follow-ups in different countries were considered.

The adoption of solutions to reduce the mortality of ungulates by drowning in canals and their monitoring is an innovative aspect in Catalonia that can significantly contribute to reducing this problem.

The Corps of Rural Agents and Endesa have signed an agreement to establish actions to protect and preserve wildlife and the environment, and to monitor applied actions. Watch the video at this link. 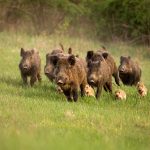 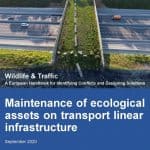