Boumort National Hunting Reserve in the Pre-Pyrenees of Lleida has been developing biodiversity conservation projects since 2010, with the support of ENDESA.

In recent years, actions have included improving the quality of the grouse habitat and restoring pastures. One of the main objectives of the project has been to develop techniques to recover the native vegetation cover in different areas of the Reserve.

Actions that stand out are the creation of herbivore exclusion plots and a pilot test of bearberry replanting to recover the grouse habitat. Bearberry specimens were collected from the area and cultivated in nurseries, before they were replanted. Existing ecological restoration areas have been consolidated and various methods of enclosure and olfactory repellents have been tested for deer, so that pastures can recover.

The Reserve’s management team was supported by Minuartia in technical aspects of the project, and the company managed the execution of the actions. The results of the project have been very positive, and a follow-up is planned over the next few years to evaluate the effectiveness of the measures 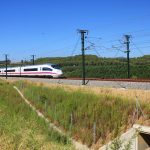 Presentation of the results of monitoring wildlife measures on the Barcelona-French border high-speed railwayNews, Present 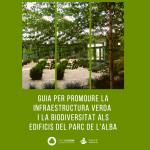 New guide to promoting green infrastructure and biodiversity in the buildings of BSP-Parc de l’AlbaNews, Present