By minuartia
Posted 24 September, 2019
In News, Present
Development of a local management protocol for the Asian hornet2019-09-242020-04-22https://minuartia.com/wp-content/uploads/2015/12/logo-minuartia-ok.jpgMinuartia | Consultoria medioambientalhttps://minuartia.com/wp-content/uploads/2019/10/aaff2_portada-vespa-aisatica-jul_2019_02.jpg200px200px

Girona Provincial Council and the Council of local initiatives for the environment of Girona (CILMA) promoted the development of a local management protocol for the Asian hornet (Vespa velutina) in which technicians from various local administrations actively participated.

The Asian hornet is an invasive exotic species in Europe, which was first detected in France in 2004. In Catalonia it was detected in 2012 in the Val d’Aran and Alt Empordà. In 2013 it was also detected in the Garrotxa, Selva and Ripollès, and it is currently present in over half the territory, reaching areas of southern Barcelona and central Catalonia.

This species is a great predator of bees, a fact that has a negative impact on beekeeping, and it also preys on other native invertebrates, many of which are pollinators. In addition, social concerns have arisen because there is a risk of stings, although experts say that it does not represent a higher risk than that presented by native bees. Therefore, its presence has ecological, economic and public health effects.

Local government offices usually receive notification of the presence of nests or individuals that may be Asian wasps in towns. The protocol that has been drawn up is a tool that allows them to determine how to act in each case and according to the characteristics and location of the nests. The initiative was promoted by the Technical Board of local administrations of the Girona district for the management of the Asian wasp. MINUARTIA conducted workshops in which the experiences and knowledge acquired by local entities and natural parks was gathered. You can find out more information about the protocol and the process of creating it here. 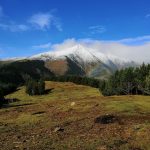 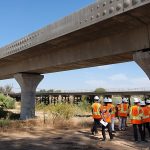