RNI1 is one of three integral nature reserves declared within Aiguamolls de l’Empordà Natural Park. It includes the lakes and meadows of the Tec, the lakes of Castelló d’Empúries, and the lakes of Palau-Saverdera and Vilaüt, and occupies 6.8% of the total area of the Park. It is an area of high ecological and biological interest, especially in terms of habitats and aquatic species.

In recent years, progressive degradation of the Reserve has been detected, caused by factors such as episodes of drought, poor water quality, and modification of natural water dynamics. To reverse this situation and have more tools to manage the Reserve properly, the Natural Park began to draft a Management Plan for the Nature Reserve.

In 2017, the Reserve’s conservation status was assessed, with an analysis of aspects such as the property regime, the activities that are carried out, transport and energy infrastructures, public use, the dynamics and state of the water system, as well as the state of flora, fauna, vegetation, and habitats in the area. The analysis by technicians from several disciplines in the writing team was completed by a panel of experts and people from the territory who contributed to the various aspects of the assessment.

Once the assessment had been completed, the Management Plan’s operational objectives were specified. The objectives should be achieved during the validity of the Plan, through numerous actions in fields that extend beyond the limits of the Reserve, since the aim is to impact the external factors that are affecting the Reserve’s state of conservation.

MINUARTIA’s technical team, along with other experts who have undertaken numerous studies in the area, is providing technical advice to draft the Management Plan, including aspects such as the participation of other agents of the territory. 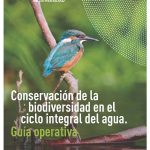 European Environment Award given to SUEZ Spain for the strategy of supporting green infrastructureNews, Present 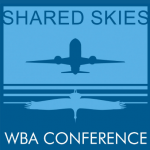