This September, the 13th International Symposium on Wild Boar and Other Suids was held. Scientists and technical experts in wild boar management from around the world gathered at this international symposium on wild boar and other suidae that took place in Seva, in the Montseny Biosphere Reserve, from 6 to 9 September 2022.
The symposium was attended by 225 participants from 25 countries, which were mainly European but also included the United States, the Philippines, India and South Africa. A total of 121 papers were presented. The challenge of controlling the growth of wild boar populations and mitigating the social, economic and biodiversity impacts of this species was one of the main themes of the symposium. The conference included sessions on topics such as Aficana Swine Fever management, ecology and damage mitigation, population control strategies and methods of appreciation of abundance. Communications were also submitted on other suidae, such as warthogs, peccaries or wild boars of the Philippines.

One day of the congress was dedicated to four technical outings, in which damage prevention methods, urban wild boar management measures, capture systems and latest generation innovative techniques such as the use of drones for wild boar management or systems to reduce risks of accidents with wild boar on the roads were presented.
The symposium is promoted by the Scientific Committee, which is appointed by the person who holds the presidency of each edition. In this case, the committee appointed Dr. Carme Rosell, researcher and consultant at Minuartia and collaborator of the University of Barcelona, to be in charge of organizing the thirteenth edition of the symposium in Catalonia. The main organizers were the Generalitat de Catalunya, the Diputació de Barcelona, Minuartia and the University of Barcelona (UB) through the Institut d’investigación de la Biodiversitat (IRBio). The organization of the congress was also supported by Collserola Park, Barcelona City Council, the Autonomous University of Barcelona, the Corps of Rural Agents and SECEM (Spanish Society for the Conservation and Study of Mammals) among other entities.
In the following link you can consult the book of abstracts of the communications:
IWBS 2022 Book of Abstracts 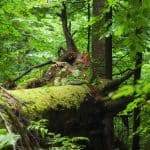