In an open tender, ADIF awarded MINUARTIA a contract to monitor the effectiveness of preventive and corrective measures for wildlife in the section of the high speed railway from Barcelona to the French border. The three-year contract includes studies on wildlife passages, the impact of the railway on birds, and the efficacy of fences and escape gates, among other aspects. In addition, MINUARTIA will assess the accident rate caused by wildlife collisions, and other effects.

MINUARTIA already has experience in railways and biodiversity projects, notably a study to monitor the impact on wildlife of the Córdoba to Málaga railway. In this study, the company carried out pioneering work on the effects of the railway on bats, and assessed the efficacy of the measures adopted to avoid collisions with these mammals, most of which are threatened species. 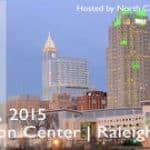 Maintenance of roads and biodiversity at the ICOET conference in AmericaNews, Present 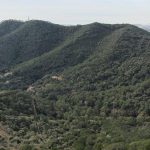 Wildlife management at the Scholars’ Meetings of the Serralada Litoral and Montnegre-Corredor natural parksNews, Present