By minuartia
Posted 13 December, 2013
In News, Present
An inventory is made of wildlife passages and other wildlife-connectivity structures in the Catalan road network2013-12-132018-07-15https://minuartia.com/wp-content/uploads/2015/12/logo-minuartia-ok.jpgMinuartia | Consultoria medioambientalhttps://minuartia.com/wp-content/uploads/2015/10/m_ponts.jpg200px200px 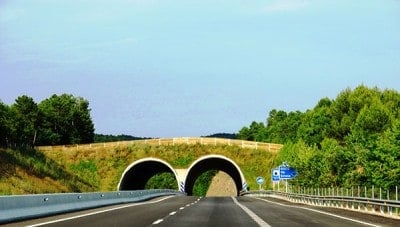 The Government of Catalonia’s Department of Territory and Sustainability has drawn up a first inventory of wildlife passages built in recent decades to increase the permeability of the road network and reduce its effects on ecological connectivity.

Over 600 structures, including 11 ecoducts, constructed along roads managed by the Government of Catalonia have been listed in this first stage of the project. Most of the passages are multi-functional structures, that is, drains or under- and overpasses that have been successfully adapted to facilitate their use by wildlife. Each of the structures has been described and photographed and, in addition to a GIS-linked database, an application has been designed that can be consulted using Google Earth, which will make it much easier to access the information.

The inventory, which was drawn up with the technical assistance of MINUARTIA, will be a useful management and decision-making tool for technicians from administrations and organizations involved in environmental impact assessment, infrastructure maintenance and management, planning of defragmentation activities and green infrastructure management. The information could also be useful in the design of solutions for conflicts such as traffic accidents caused by animals.

At this link you can consult the presentation of the inventory, which was made at the technical symposium of the Working Group on Habitat Fragmentation due to Transportation Infrastructure (part of the Spanish National Commission on Natural Heritage and Biodiversity), held in November 2013 in Cáceres. 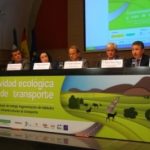 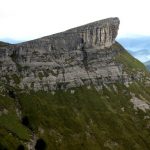 The meeting ‘Natura 2000 Network: the declaration of special areas of conservation and the approval of their conservation instruments’ was held in the Basque Country.News, Present