By minuartia
Posted 13 November, 2013
In News, Present
A study is carried out on the presence of wild boar in the nature reserves of the Montseny Park2013-11-132018-07-15https://minuartia.com/wp-content/uploads/2015/12/logo-minuartia-ok.jpgMinuartia | Consultoria medioambientalhttps://minuartia.com/wp-content/uploads/2015/10/m_bsrm12-senglar.jpg200px200px 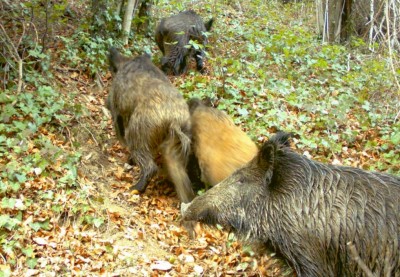 Barcelona Provincial Council (Diputació de Barcelona), with the technical assistance of Minuartia, began a study in the 2012/2013 hunting season to determine the effect on wild boar abundance of battues in areas around the Park’s Nature Reserve Zones (ZRN) where hunting is prohibited for all reasons except wildlife management. The possibility of hunting wild boar in the ZRN is detailed in the Park’s Special Plan, but only to avoid large numbers of the species that would have a negative impact on the conservation of elements of natural heritage interest in these zones.

The study was carried out using camera trapping techniques, with the collaboration of hunters in the area and Park rangers. The results of this initial study, which will continue during 2013 and 2014, show that the “reserve effect” occurs: the number of wild boar within the nature reserve where hunting is prohibited increases as the hunting season progresses. Wild boar rapidly learn that there is an area in which they are not hunted, and they take refuge there.

This first stage of the study was presented to groups of wild boar hunters who operate in the Park. The event, which was held in the Park’s Offices, was also attended by the Park’s director and by Barcelona Provincial Council’s Natural Areas coordinator. 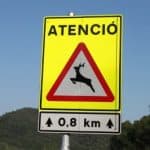 Presentation of a study on accidents caused by wild animals on the roads of CataloniaNews, Present