Project that includes the design permeabilization proposals for fauna in the road network that runs parallel to the left bank of the Besós at the points where it is crossed by eight tributaries that drain the coastal mountain range. Assessments were made of current functionality for fauna passage of transversal structures in the road network. In addition, proposals were defined for improving structures and their environment and guidelines for maintenance have been provided.

It also includes the restoration project of the three most important tributaries on the right bank of the Besós river, so that they improve their functionality as axes of ecological connectivity. The tributaries were characterized in terms of bank vegetation, canalization, the extent of artificialization of the water courses and the environments through which they run and impacts on connectivity. Subsequently, restoration actions were typified and prioritized. 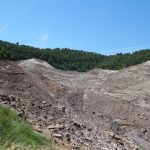 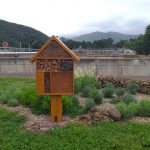